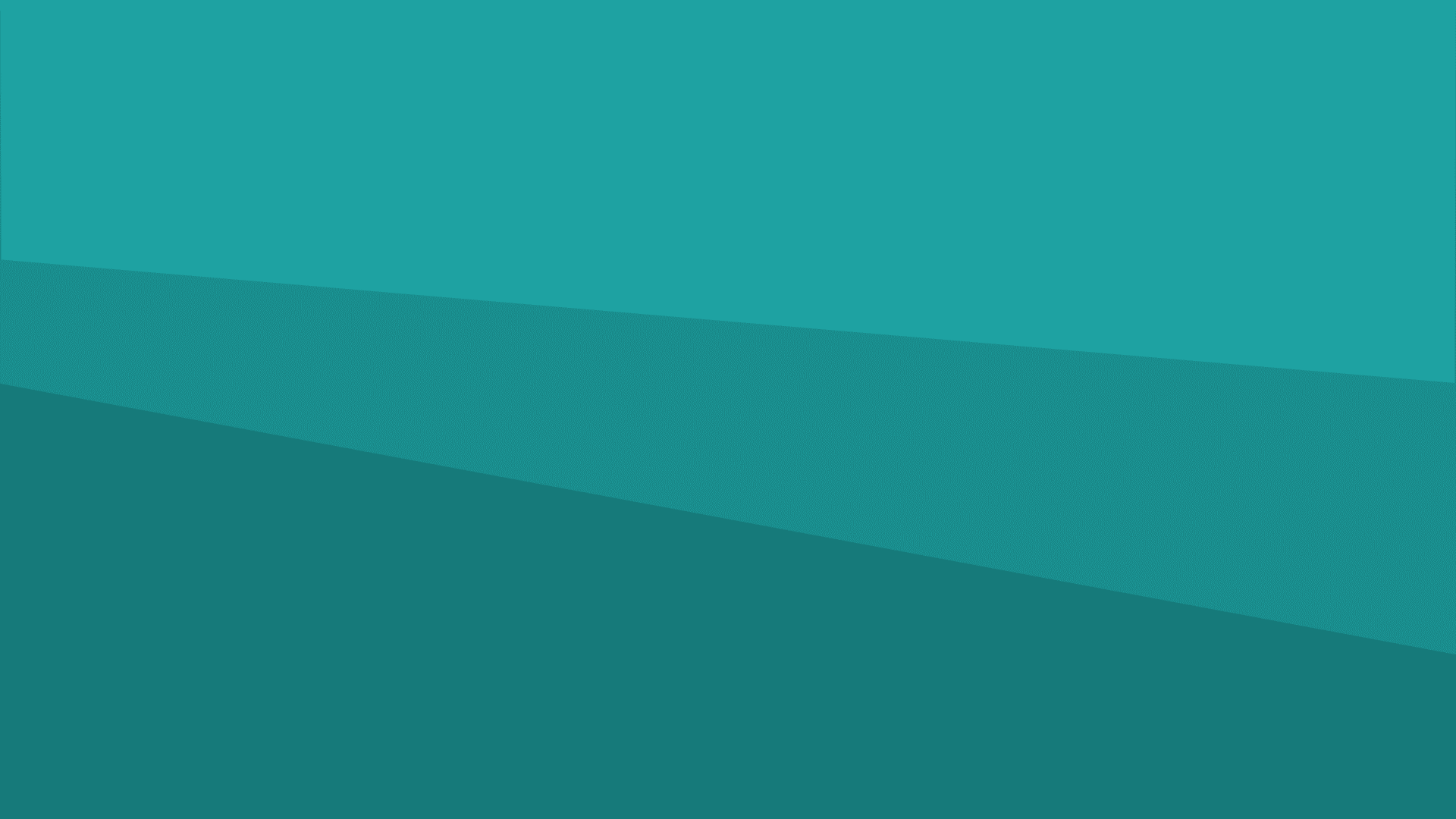 My three favorite things that happened during “Ask Microsoft Anything” event 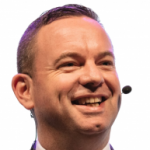 My three favorite things that happened during “Ask Microsoft Anything” event

Today, I tuned into a brilliant event hosted by The Presentation Guild, “Ask Microsoft Anything”. This was a unique opportunity to connect directly with members of the PowerPoint product team at Microsoft and well, ask them anything.

The first amazing stat that came out of the conversation is that this team knows there are between 30-40 Million presentations created each DAY, with an estimated user count in the “high hundreds of millions”. What an incredible impact the work this team makes on the world, and here they were taking time out of their busy schedules to answer our questions!

Here are my three favorite things that came across loud and clear from the Microsoft team during this event, brought to you by the letter “F” – Feelings, Features and Feedback.

I love PowerPoint. Perhaps “love” is a bit too strong of a word, but I do find it to be an incredibly useful tool for designing gorgeous slide decks. PowerPoint is a tool that I’ve used throughout my entire career, and some of my best moments at work have happened with PowerPoint playing a supporting role on a screen behind me.

So, right out of the gate, I was delighted to see the passion and enthusiasm emanating from this team. Shawn, in fact, said that he was “ecstatic” to be part of this event. He and his team exuded obvious energy and passion for what they do.

Perhaps with that in mind, Nolan asked the panel this interesting question: “Why doesn’t Microsoft ever seem to do much marketing around PowerPoint and its importance?”. I’d wondered this myself and I found Shawn’s answer very interesting.

He said that, as a company level, Microsoft focuses their marketing at the highest value points, towards things like Microsoft 365, security, the Windows platform, etc. But there have been moments where PowerPoint has taken central stage, such as PowerPoint Live, and will again with some exciting projects in the pipeline (more on that below)!

He went on to say that his team does take notice when PowerPoint get “thrown under the rug”, with outdated information, misinformation or simply published stuff that his team doesn’t feel is fair. I frequently hear people say things like “PowerPoint sucks” and comments like this drive me crazy! I agree that bullet-point laden, text-heavy slide decks that people drone over drains the life out of you. In those cases however, it’s the slide decks that are the problem, not the tool itself. I was curious to hear how Shawn’s team responds to such statements. He said that they make a conscious choice not to spend a lot of energy responding, although sometimes it’s very hard to stay silent on a product they are so passionate about. I think that’s sage advice and a very professional and pragmatic approach, given the positive impact his team makes.

Talking about feelings, Shawn said something else that warmed my heart. He gave a special thanks to the Presentation Guild and “the leadership that they show in our community.” He then said, and I quote, “Each and every one of us should be really grateful that they exist”. This is my first year on the board of the Presentation Guild and that comment got me right in the feels.

That’s enough of that warm and fuzzy stuff, let’s talk about some of the cool features that came up in this discussion!

What’s on the roadmap for PowerPoint? In no particular order, here’s some of the coolest stuff that I jotted down:

Feature 1: Using a PowerPoint as a virtual background

Do you want to make your PowerPoints even more engaging by not just talking in front of the slides, but by being IN them? If so, the word you need to know is CAMEO. This is a new capability which can add a new dimension to presentations, especially in hybrid and remote learning environments where presenters are often reduced to a tiny square in the corner of the screen. When this topic blew up the chat, one of the attendees posted this link where you can see a demo of this cool feature. Nolan then asked for a commitment that there will be a “greenscreen” feature available. He received a “definitely maybe” answer, with the comment “this is under consideration”.

Guild board member Charles Stella asked this humdinger of a question: “Does Microsoft have any intention to add better charting tools? Or has charting been abandoned by Microsoft?”. Shawn empathized and said that this is something they want to improve as the idea of copying and pasting static charts is an outdated concept. He stated that Microsoft is focusing on real-time live data for PowerPoint, in partnership with their PowerBI team. What this looks like, I’m not sure, but I sure am excited to find out.

Feature 3: The animation timeline is coming to the MAC! (eventually)

If you’ve ever tried switching between PC and MAC while working on your PowerPoints, you’ll have realized very quickly that there are significant UI differences. The biggest omission that I noticed was the lack of the animation timeline on the MAC. Today we learned that this on the roadmap for MAC, yay!

This led to an interesting discussion about why there are differences between the platforms. Shawn explained that although there’s a shared codebase under the covers of the MAC and the PC applications, which helps them expedite their development efforts, the User Interface (UI) code is different. I loved what he said next: He said that recently he’d “unplugged his windows devices for a year and moved to MAC.” Then followed this up with “This was a very eye-opening experience.” Is this the reason the animation timeline is coming? We can only wonder.

This one is really cool. The team talked about their focus on, and resources dedicated to, accessibility features – such as alt text for images and the ability to alter the reading order for screen readers. The team mentioned that they are working on the ability for a presentation’s audience members to turn on and off the accessibility features that they personally need, such as Closed Captioning and High-Contrast view.

This led into a broader discussion about accessibility in general. The panel discussed the challenge of awareness around this issue, and the fact that most people are creating slide content in a hurry and don’t have a lot of time to think about accessibility. So, they discussed other areas they’ve been experimenting with such as a visual “accessibility checker” on the screen which will alert the creator of the slide to additional steps they might need to take.

Ok, so full disclosure on this one. Those above three words are the extent of my knowledge on this topic. Here’s something I wrote down: “Everyone should be thinking of moving to JavaScript APIs as soon as possible.” I think that this is one of those statements that, if you understand it, then you probably need to know it. This was in the context of discussing developing add-ins, so if that’s what you do, take heed!

This then takes me nicely to my third and final “F” of the day.

The idea that a trillion-dollar company is interested in the feedback of their users, might come across as a little unrealistic. And yet, in this discussion today, I don’t think it could have been made any clearer, especially from Eleanor, the program manager, who was extremely enthusiastic about hearing feedback. It was clear that the people working on PowerPoint care deeply about what they are doing, and they WANT to hear from you.

They didn’t just say this once, they said it over and over AND then gave us three specific ways that we can get in touch with them, and HOW to get their attention when we do. Let’s show each option and what advice they gave for each one.

This is the direct link to the PowerPoint feedback portal. Eleanor and team read and review this regularly and this is the advice she gave for using this method:

Yes, you read that right. Kim Denny said that she loves to connect with PowerPoint users on LinkedIn, so that she can chat directly and get feedback that way. Look out Kim, you might get a few new connections!

Option 3: The Guild will hook you up

This last one came courtesy of our host, Nolan. With a twinkle in his eye, he said “Connect with one of us on the Guild, we’ll hook you up”. Nolan and quite a few other Guild members are also Microsoft MVPs and have made a lot of connections at Microsoft. They can help to connect people with people, which after all is how things get done. If neither of the above two options gets you the connection you need, try Nolan or post a topic on our Slack channel (Guild members only!) and you’ll definitely get a response!

Wow, there was a lot more to talk about that I realized when I sat down to write this, and this wasn’t even everything! I didn’t even mention the discussion about how painful templates are, of which the Microsoft team is aware. There was a lot of discussion in the chat about this, and the best advice was this: If you struggle with templates, buy this book by Guild board members Echo Swinford and Julie Teberg.

I know that this will not be the last event like this, so keep on the lookout for more great stuff coming from the Presentation Guild.

If you are interested in becoming a member, you’ll find all sorts of great reasons to do so here – https://presentationguild.org/membership/

Did I miss anything? What question would you ask Microsoft in the future? Please add your comments below or look me up on Slack.